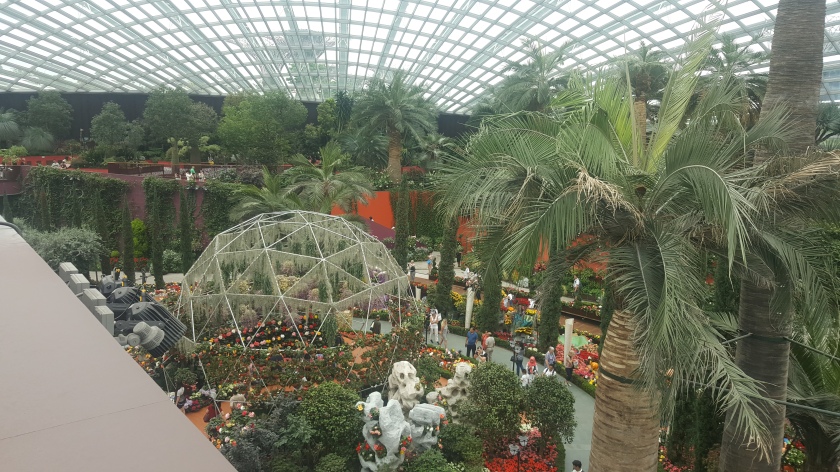 So I have decided that Singapore needed it’s own section at it was soo good. What a amazing city, I have been once before but very briefly not enough . This time we spent a night in the city it’s self, Still defiantly not long enough.

We stayed in the grand copthorne hotel a 40 minute can ride from the airport. Much flasher than We are used to we felt a little out of place with our massive traveller back packs and jandles…. On arrival we where ushered up 5 floors to the waiting lounge that had showers!!! After about 15 hours of travel a shower was very welcome. Showered and waiting for a room we where joined by a lovely lady also from new Zealand and in typical nz fashion we both know the Kemp family well. 2 degrees of separation much…

After a short but very interesting chat about family ties we where both shown rooms , well ahead of time by a very friendly and helpful Chinese lady Mary. Apparently she is king pin when it comes to dealing with guests, nudging by the way staff drop tools and run when she gives an order.

After a brief unpack we headed downstairs to the restaurant for lunch. A beautiful meal but very dear. $85 for two people no drinks. Back upstairs for a well deserved nap now the belly worms had been fed.

Was awoken by the room phone ringing very loudly.. Mary wanted to bring some fresh fruit up to us and see if we where OK.. oh the service. Now we where awake we decidedly go look for some dinner at a slightly cheaper price. So we caught a cab to Chinatown where we had been told there was a good food stall area. The canny was talkative and his English good, we explain a little about some of the areas on the way and then took us to the ‘locals area ‘ of China town .

And what a amazing mix of smells. Hundreds of small stalls crammed into hols in the walls. The cooks chopping and flippi g food in pans or woks ferociously. I tried to take some photos but the looks I got from people very clearly said the was not done.

We settle on a ride and mixed meat combo that looked good on the menu, and being not able to read or speak the lounge it was a lucky guess that the meal also wasted great too. Another short cab ride home shower and then back out for cab to the night safari!! What a cool idea, Singapore zoo hosts the world’s first and only night safari . A walk able trip through the zoo’s nocturnal species, followed or proceeded by a guided tram tour of a similar track.  the walk took around and hour and a half with stops at the tigers and fruit bats we cruized around taking in the night time sounds of the zoo. a trip home in a taxi at 12 am and home to bed.

what a great sleep, soo good to be on holiday. a quick pack up and organise , then off to the gardens by the bay , via china town. the public transport in singapore is great , for any one travelling Singapore , the travel cards for the public system are great. tap in to get on and tap to get off all with pre loaded money , i think we spent $5 between us for 2 days and lots of trips. the gardens by the bay are in the downtown area of Singapore near a massive hotel. the gardens are based around 2 massive climate controlled domes that house 2 very different climates . the first dome is a temperate zone housing plants from all around the world including new Zealand , the temperature its at a consistent 21 degree most of the year. the art work and layout are just amazing , most of the art is done in drift wood.

the other dome is the cloud forest, housing a huge artificial mountain covered in creepers and vines and orchids , even including a massive waterfall that starts 110 meters above the ground and plunges down into a huge pool , creating large amount of steam that generate the clouds in the dome. first we walked around base level , then up 6 floors in a elevator . then a steady spiral descent around the exterior and inside the stack, from cloud forests plants and creepers , to subterain mosses and vines that reach on up the mountain as well as huge crystalline structures  .

apon leaving the domes , Singapore promptly turned on the water . very heavy tropical rain, high tailing it across the gardens in the rain to catch the train back to china town , then a bus back to our hotel . shower dinner, transfer to the airport. flight out at 12am.

Singapore has treated us well and we will definitely be back